Each month during the school year, the Pattonville Board of Education honors students, staff and volunteers who have gained recognition outside of the district. Students and staff from Rose Acres Elementary School, Holman Middle School, Pattonville Heights Middle School and Pattonville High School were recognized in January.

Three third graders from Rose Acres Elementary School earned recognition in Clifford's Big Red Movie Poster Contest through the Scholastic Reading Club. DJ Hopson was named a grand prize winner by placing in the Top 5 and received a movie screening party for his class. Pearl Krieger and Evelyn Yakel placed in the Top 15. They all will receive a DVD of the “Clifford the Big Red Dog” movie and a copy of a graphic novel. To participate, students examined a synopsis and movie trailer and brainstormed as a class to come up with enticing imagery and connected text with dramatic effect. These students are taught by Robin Chang and Tracey Robinson.

With her Envo Recycle app, sophomore Sai Dorasani placed second in the 2nd District of Missouri's Congressional App Challenge. The app challenge is a national competition highlighting the value of computer science and science, technology, engineering and math (STEM) education. It allows students from across the country to compete by creating and exhibiting their software application, or app, for mobile, tablet or computer devices. Congresswoman Ann Wagner and a representative from LaunchCode, a non-profit organization ​​that helps people enter the technology field, presented the awards in December. 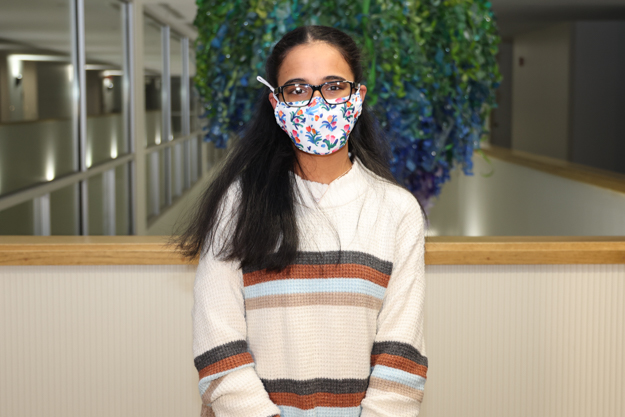 Shown above is Sai Dorasani, sophomore at Pattonville High School. 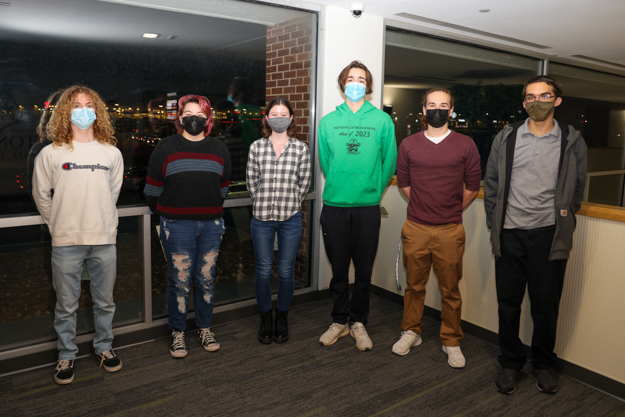 Freshman Harrison Killion was selected to play violin with the St. Louis Symphony Orchestra (SLSO) during a Martin Luther King Jr. Day concert in January, which was canceled due to COVID-19. The annual concert honors the legacy of Dr. King through music, including narration of his Nobel Peace Prize acceptance speech. Killion is a strings student from the SLSO’s Peer to Peer program, a mentorship program that pairs young musicians of color from area schools with musicians from the Youth Orchestra and SLSO. In its seventh year, more than 35 local student musicians participate in lessons, coaching and mentorship through this program. At Pattonville, Killion is taught by orchestra teacher Paul Rueschhoff. 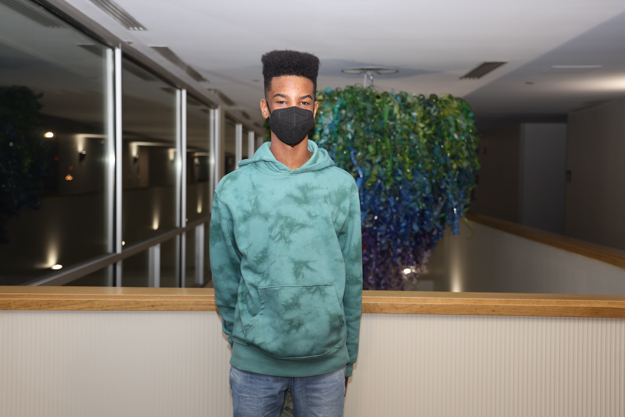 Freshman Harrison Killion was selected to perform with the St. Louis Symphony Orchestra.

Three students were selected to the All-Suburban Orchestra. They are Charley Bennight for violin 2, Kenedi Jenkins for cello and Elly Lu for violin 1. They are taught by orchestra teacher Paul Rueschhoff.

Six varsity cheerleaders were selected to the 5A Division All-State squad after competing in the Coed Small Division at the 2021 Missouri Cheerleading Coaches Association (MCCA) State Championships at Southeast Missouri State University. They are backspot Tate Holt, flyer Isabelle Hatfield, jumpers Riesen Riley and Lauren Turner and tumblers Ian Bailey and Amaya Washington. The team is coached by Kalli Hunt and Kevin Gostling. 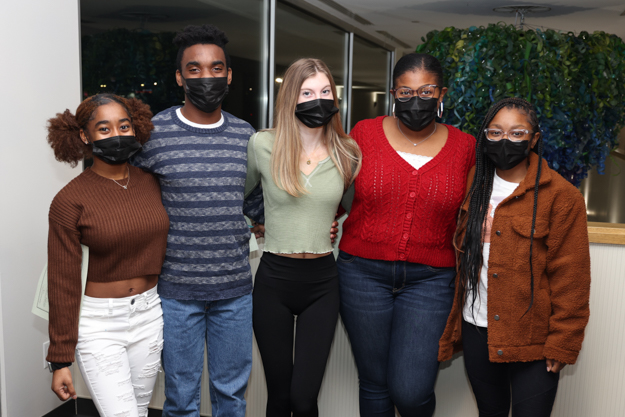 Tracy Baker, a choir teacher at Pattonville High School, and Kurtis Heinrich, choir teacher at Pattonville Heights Middle School, performed with the Bach Society of St. Louis during its annual Christmas Candlelight Concert at Powell Symphony Hall in December. The Bach Society is dedicated to performing choral works by Johann Sebastian Bach and other classical and contemporary composers. The Christmas concert has been a tradition since 1951.